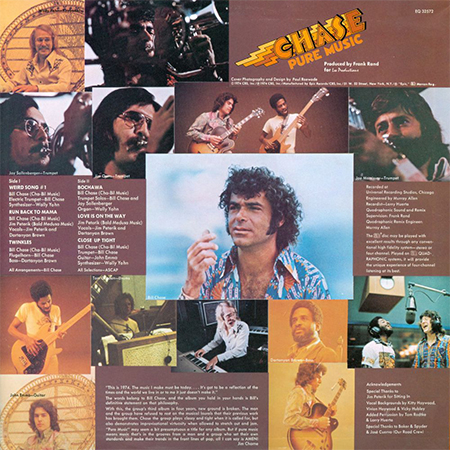 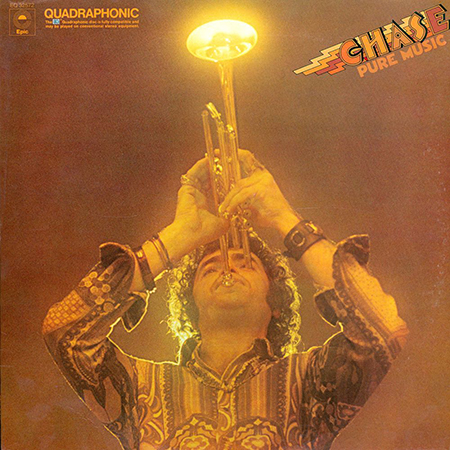 It would have been interesting to see where Chase would have gone had it not been for the plane crash that killed the leader and half the band, because Pure Music represented a dramatic change in direction for the band. Where the group's first two albums were standard if scintillating jazz-rock not all that different from Blood, Sweat & Tears or Chicago, Pure Music pointed the way to fusion, with its angular guitar, keyboard pyrotechnics and reliance on instrumental jams rather than vocal-oriented songs. The two vocal selections are adequate, but it's the searing sound of the three uptempo selections that tell the tale of Pure Music. From the opening of "Weird Song No. 1," tit's obvious that this brand-new band, with the leader the only holdover from Chase and Ennea, was ready to fly in new directions. The interplay between Chase on electric trumpet and Yohn on synthesizer was echoed throughout the disc, and the trumpet section sound was bright, clear, and incredibly tight. On "Bochawa," the leader and Jay Sollenberger try to outmatch and outwit one another, and on the concluding "Close Up Tight," Chase and Yohn again go for the jugular. "Twinkles" is a chance for the listener to breathe, but for the rest of it the band is breathing fire. Heady stuff made all the more engaging as there was sadly to be no follow-up.
01 - Weird Song #1 (5:43)
02 - Run Back To Mama (3:14)
03 - Twinkles (7:18)
04 - Bochawa (5:54)
05 - Love Is On The Way (3:33)
06 - Close Up Tight (7:38)